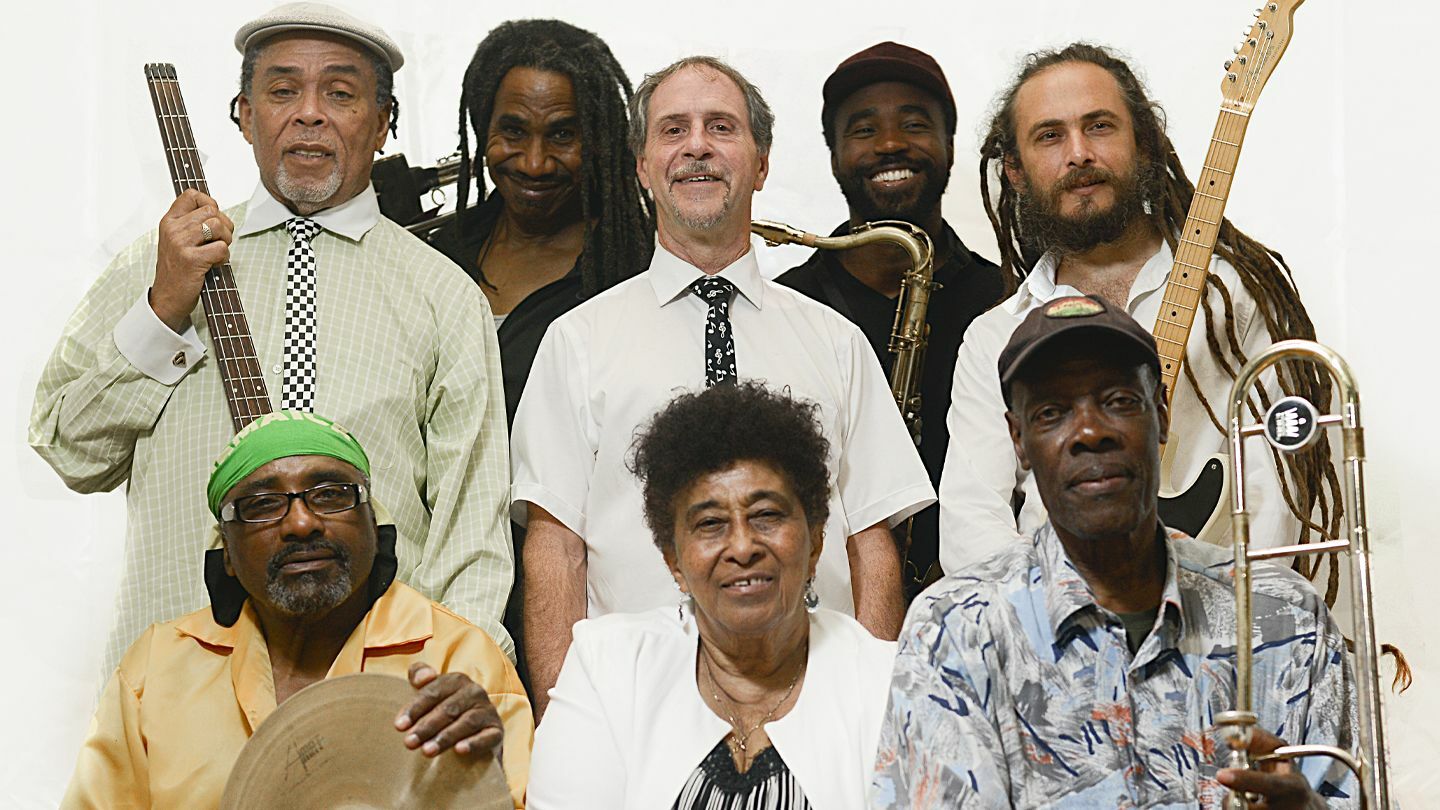 Skatalites - The original members had played on hundreds of recording sessions before forming the band in 1964. They backed most of the vocalists in Jamaica at that time, including Bob Marley, Toots and The Maytals, Jimmy Cliff, Alton Ellis,Ken Boothe and many more. After disbanding in 1965 the individual members continued playing in various groups as the music evolved from ska to rocksteady to reggae. In the late '70s a resurgence of interest in the music began in the U.K., which caused the creation of many bands such as The Specials, The English Beat, Madness, The Selecter and Bad Manners. This became known as the "Two-Tone era" and these British musicians fused rock music with the ska and reggae. In The early '80s the music started to spread to the U.S.A and other parts of the world and bands began to emerge everywhere playing different flavors of ska and reggae fused with whatever else they wanted to throw in, including hard core, jazz and even punk. In 1983 The Skatalites reunited to play Reggae Sunsplash in Montego Bay and subsequently in London at The Crystal Palace for the U.K version of The Sunsplash event. A few years later they began emigrating to the U.S.A and in 1986 the first U.S. shows began at The Village Gate in NYC. In 1989 the band supported Bunny Wailer on The Liberation Tour and in 1990 they embarked on their first headline tour of the U.S.A. and have not stopped touring the world ever since. Their unique infectious brand of real Jamaican ska pleases audiences of all ages across the globe year after year  More Details
The Canyon – Santa Clarita, 24201 West Valencia Blvd., #1351, Santa Clarita, CA