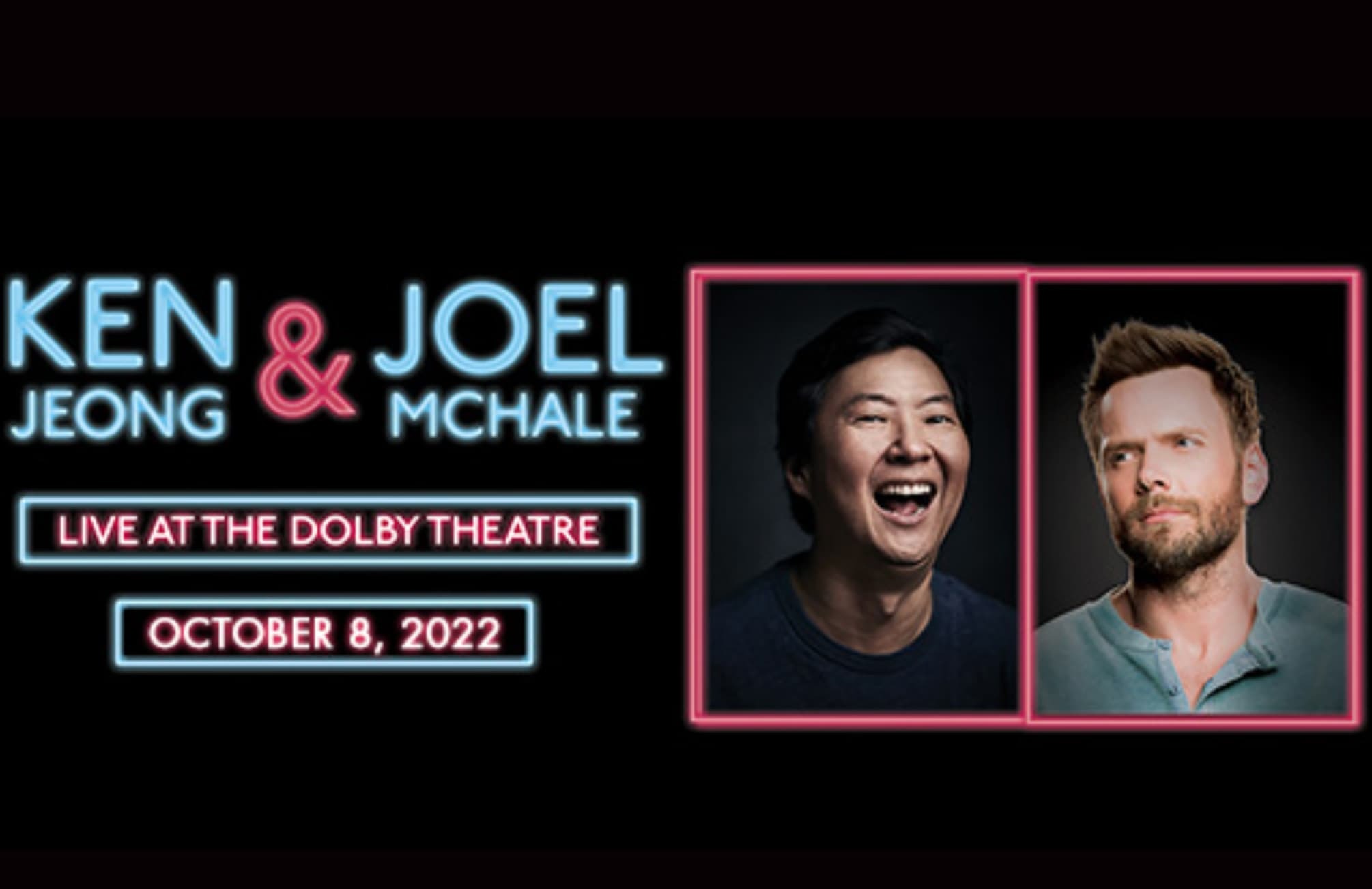 Ken Jeong & Joel McHale - Actor, producer and writer Ken Jeong, known for his scene-stealing abilities, has established himself as one of today's top comedic stars. Jeong broke out as the Asian-mobster "Mr. Chow" in the sleeper-hit comedy "The Hangover" and then played the lead role in his own NBC sitcom, "Dr. Ken". Now, one of the most recognizable faces joins Joel McHale. "The Soup" might be over, but snark-master and comic actor McHale is still bringing his patented, sharp-witted stand-up to the stage. You know and love him for his role as Jeff Winger on the inventive NBC sitcom "Community", and his long-running stint as host of E!'s "The Soup", but he's also appeared in Fox's new run of "The X-Files" and in feature films like "Ted, Spider-Man 2" and "Spy Kids: All the Time in the World".  More Details
Dolby Theatre, 6801 Hollywood Blvd., Hollywood, CA