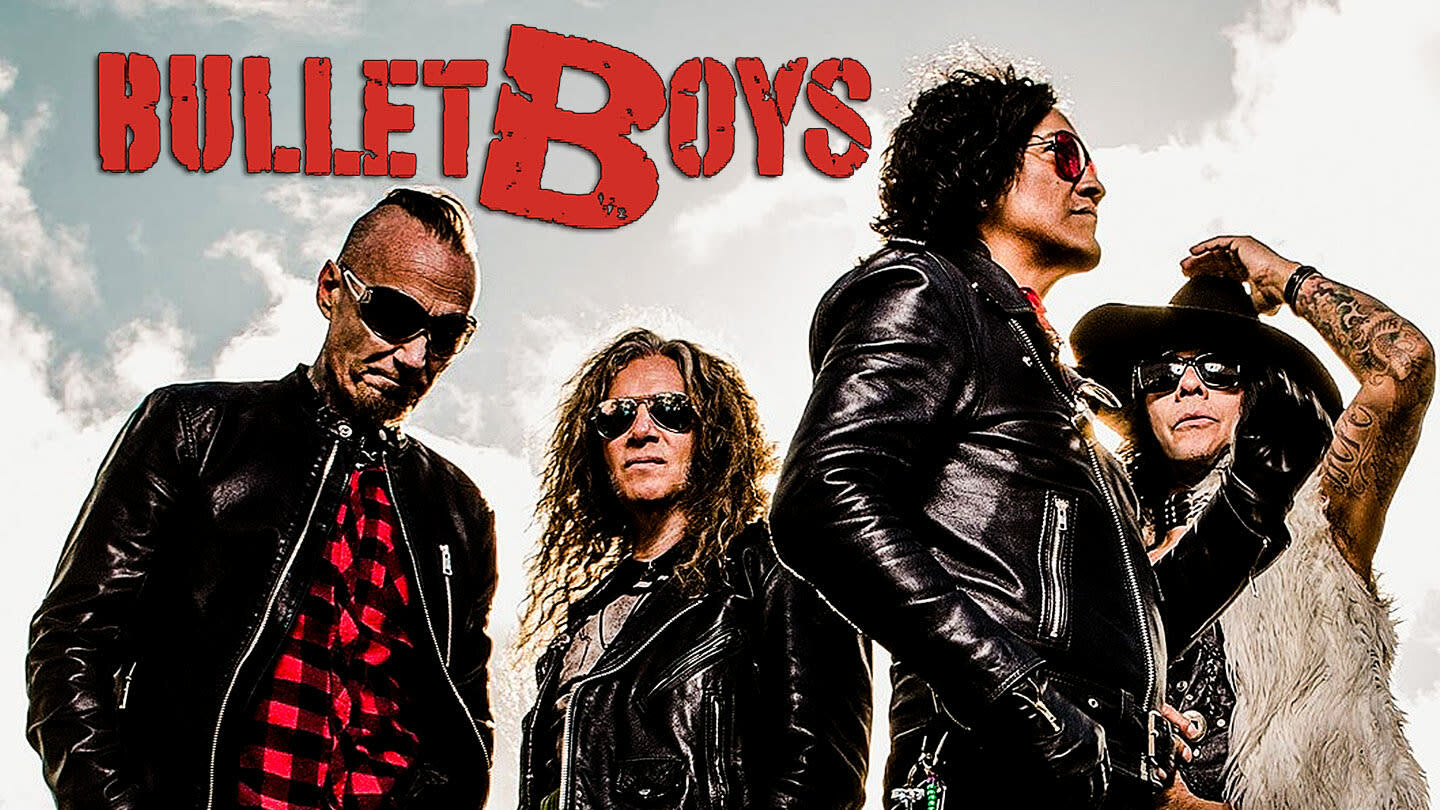 BulletBoys - The BulletBoys began as a collection of talented musicians from high profile bands such as King Kobra and Ratt. They were able to quickly capture the attention of music fans around the world while front man Marq Torien emerged as one of the most underrated vocalists of the era. The BulletBoys formed in 1988 at the very peak of the Los Angeles glam metal movement. The band’s self-titled debut album was an instant success, with the driving single “Hard as a Rock” becoming an instant fan favorite. The thumping rock continued with the hits, “Kissin’ Kitty” and “F#9,” and, they kept the rock and blues coming with the smash hit single “Smooth Up in Ya”. After a successful cover of the classic blues song, “For the Love of Money” The BulletBoys officially established themselves as the leaders of party rock. With the band’s success, they secured a coveted touring spot opening for Bon Jovi, followed by other tours pairing them with Ozzy Osbourne, Cinderella and Living Color, which led to massive headlining gigs. The consistent hits and touring eventually paid off, and vaulted the BulletBoys to platinum status.  More Details
The Canyon – Santa Clarita, 24201 West Valencia Blvd., #1351, Santa Clarita, CA