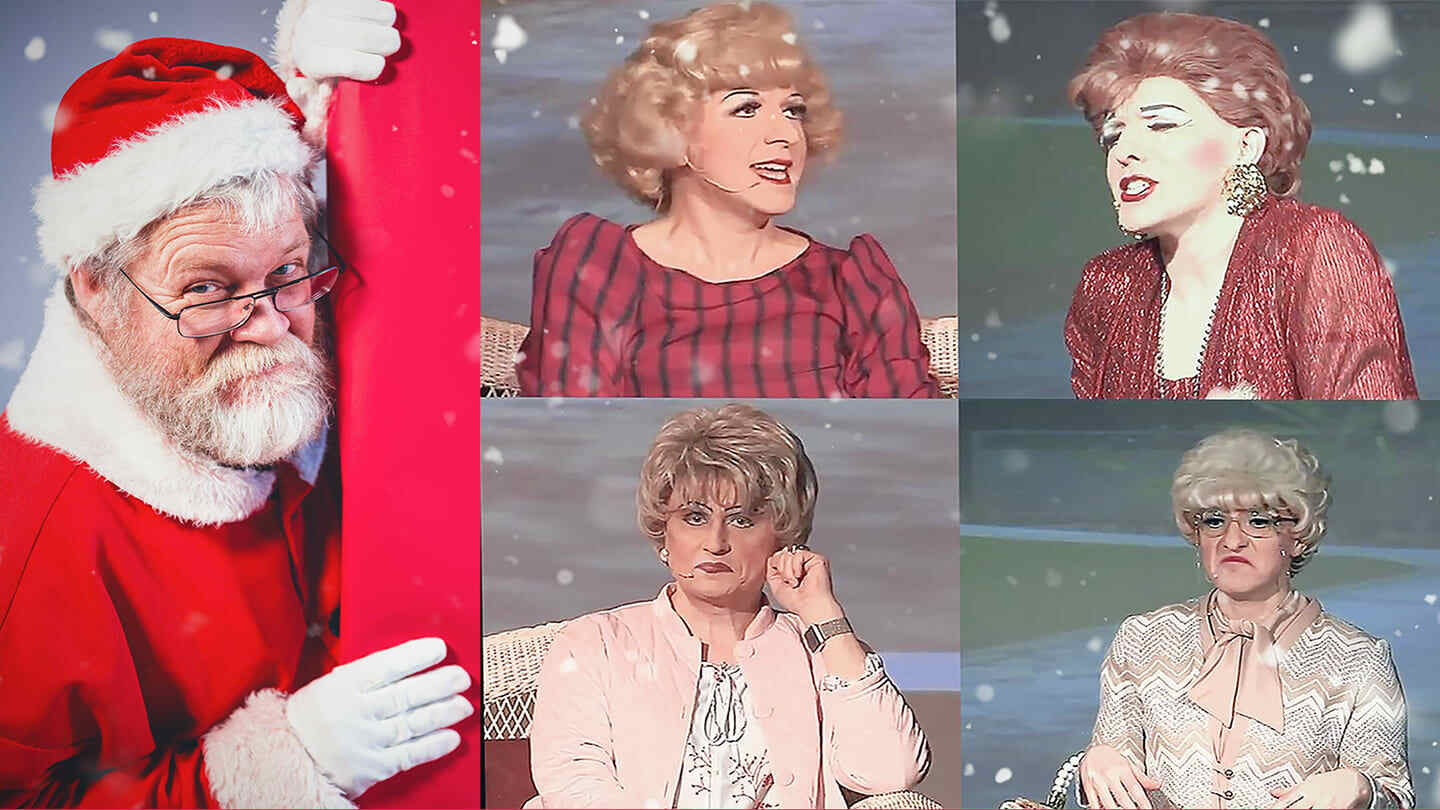 
Golden Girls LIVE: The ‘Lost’ Christmas Episode Direct from NYC - This fierce foursome has been anything but old-fashioned, and now the Golden Girls are back — and as bold as can be —__Golden Girls LIVE: The ‘Lost’ Christmas Episode__. And who better to take on the iconic quartet than guys — in drag — who love no one more than the elderly gals? Starring the cast and creators of the original NYC 2003 hit celebrating their 19th year of performing the popular parody and over 2,000 performances to date. Peter and Dr. John Mac (a couple on and off the stage) recreated the NBC sitcom for the stage production, which has toured the country for years. In “The ‘Lost’ Christmas Episode,” written by Peter Mac, the all-male cast spreads holiday cheer from the sassy single ladies with a 70-minute “Golden Girls” reunion TV audiences never got. Expect to be transported back to their Miami home and party like it’s 1992. Need more validation? The last great star Betty White gave her seal of approval to Ellen Degeneres, saying, “They play it better than we did!” A portion of the proceeds from our shows goes to our host the Woman's Club of Hollywood. Founded in 1905 we need to do everything as a community to protect and sustain the club and its beautiful property including the Hollywood School for Girls building.  More Details
Woman's Club of Hollywood, 1749 N La Brea Ave, Los Angeles, CA